January saw two fund raisers for a couple of the Beaufort’s favourite
causes – St Wulfstan (the first to get slavery banned in Bristol in the 11th
Century) and the Long John Silver Trust.

The first managed to raise £100 for St Mary’s Church, Hawkesbury, on the
occasion of Wulfstan’s Saints Day (January 19th) with a banquet in his
honour in the pub.

The second, on Thursday 28th January, with a brewery visit to Cotswold
Spring’s and Severn Vale’s magnificent new home at Tortworth which raised £80 for
LJST (thanks mostly to their generosity).

The picture shows our very own Bishop of Wigan, Stan
Fillingham, getting a chair lift at the brewery with bearers Tony Harcourt
and brewery owner Mark Francombe.

Many thanks to all who attended and contributed to the two events. On the
latter we had a terrific reception at the Salutation at Ham and once again
Westward Travel ably provided the transport.

The Beaufort is turning its attention to Hawkesbury’s very own Patron Saint, St Wulsftan, with a banquet on his very own saints day, January 19th.

Please see accompanying this our menu for this special day, a brief history of the great man and a glimpse of his windows in St Mary’s Church, Hawkesbury – bookings essential.

Saint Wulfstan’s Windows, Hawkesbury
This is the tale of a Citizen Saint, a man hardly remembered today, but one who shaped Bristol’s past with an early show of the upmost compassion.

Originally from the Midlands, young Wulfstan started life as a lowly priest in Hawkesbury, before going on to become the last ever Anglo-Saxon Bishop, confessor to both King Harold and William the Conqueror. He was responsible for the Domesday Book throughout the See of Worcester – including Bristol in the South – and had over twenty miracles attributed to him, not least the Abolition of Slavery in the West during the 11th Century.
Pope Innocent III made him the Patron Saint of Vegetarians and Peasants.

During his compilation of Domesday he was appalled to discover a trade in slaves between Bristol and Dublin, which had been taking place for over 400 years. Despite the danger to his own life, Wulfstan set about eradicating the business of taking the poor and vanquished from around the area. He preached amongst the slave pens along the River Frome (now Baldwin Street) for months on end to get it stopped.

By enlisting the help of the Arch-Bishop of Canterbury, Lanfranc, and ultimately King William, the trade was finally banned and as if to celebrate the event the first ever recorded instance of the Bristol ‘Mob’ rising took place. After realising Wulfstan was ‘for’ them, they removed the eyes of one of the most nefarious traders around. Within 10 years of this great achievement and well into his 80’s, Wulfstan died doing his daily chore of washing the feet of a dozen poor.

His place in history seemed assured after William of Malmesbury wrote up his great life; he was then feted by Henry II and Eleanor of Aquitaine in 1158 before the ultimate accolade – canonisation in 1203. Unfortunately, King John admired him so much that he demanded to have his tomb alongside Wulfstan’s in Worcester Cathedral in 1216. This latter development probably accounted for the demise in Wulfstan’s popularity, his shrine being destroyed in 1542 and his memory obscured for centuries.

Interest in Wulfstan was sparked by Derek Robinson’s 1973 A Shocking History of Bristol where Derek espoused six episodes of Bristol history that at the time were being overlooked. Under the heading ‘White Slavery’ he revealed that the city had major commerce in human trafficking 700 years before the Trans-Atlantic Trade. He also rammed home the important point that if Slavery was a bad thing way back in the 11th Century, it’s been a bad thing ever since – not just an ill- informed practice of the day.

After being inspired by Bristol Radical History’s brand of ‘bottom up history’ in 2006, and with the added spur of ‘Abolition 200’ the following year, various events were organised to make more of this early Abolitionist and after several talks, concerts and feasts, enough money was raised to commission Caroline Pederick to produce these fantastic windows for St Mary’s Church, Hawkesbury. 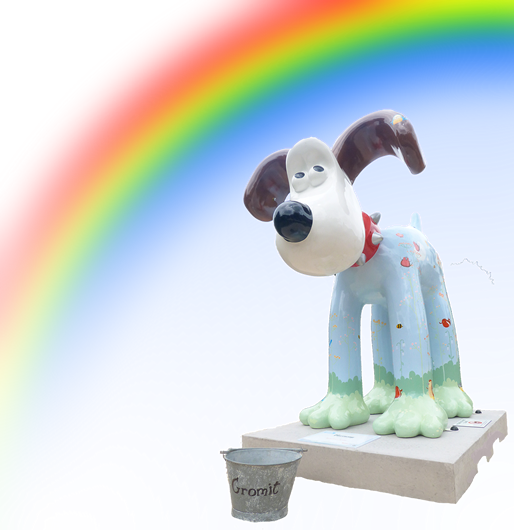